The Magic of Broadway 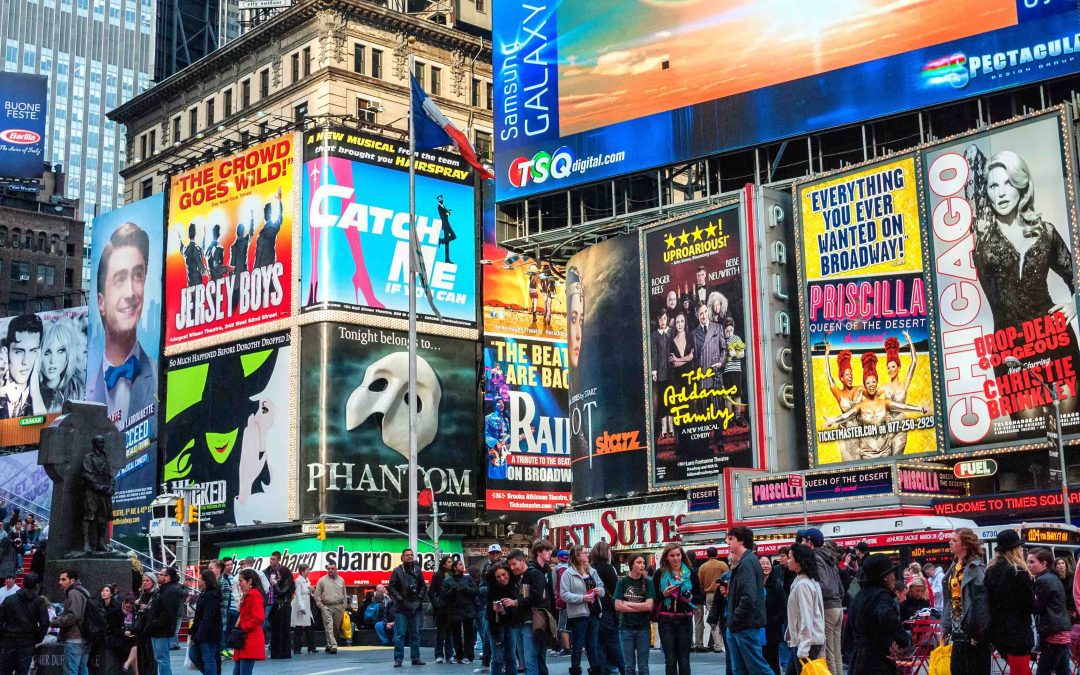 As a professional magician, I love to entertain. But I also love being entertained. And one of my favorite forms of entertainment is the theatre, especially Broadway. Now Broadway shows refer to the most premium form of theatrical performance (both musicals and plays) staged in the theatrical district of Broadway (namely Midtown, and the theaters in and around Times Square). Not all theaters in that area qualify as Broadway theaters. This classification is determined by the terms and conditions of the Actors Equity guild. The 39 large theaters that qualify as Broadway theaters and stage Broadway shows have a capacity of 500 or more seats.

Broadway shows have tremendous mass appeal and are generally produced by professional production houses like Fox, the Walt Disney Company and the Schubert Organization, and theater groups like Manhattan Theatre club. They are extravagant shows involving expensive production and rely heavily on commercial success; they are mostly performed by stage artists. However, with the huge popularity they command, even some of the largest movie actors and actresses appear on Broadway.

The Broadway shows are the mother of the American musical theater and have achieved worldwide popularity. Their mass popularity has drawn actors from foreign lands to perform at Broadway shows. People from across the globe vie for a sneak peek at a Broadway show. It is the most popular tourist attraction and engagement in New York. There are many touring Broadway shows across the country. Tickets to premium shows are available at premium prices.

For those not stationed in Broadway or the deal hunters’ online booking, Broadway clubs for subscribed tickets, and various other options are available. The official website for Broadway information, www.livebroadway.com, provides exhaustive information regarding these shows. Some other websites that provide online information are www.ebay.com, www.newyork-lasvegasshows.bz, and www.playbill.com.  Playbill is a club that provides various benefits and free information, news to its members, and discounted and subscribed tickets to popular shows. Acclaimed Broadway shows are bestowed Tony Awards.

Some popular Broadway shows running this season are The Phantom of the Opera, Wicked, The Lion King, Hairspray, Mama Mia, Chicago, and The Producers. Famous TV show host Oprah Winfrey showcased her first Broadway production, “The Color Purple“. The shows range from musicals, dramas, comedies, contemporary shows, family shows and many more. However, children below six years of age are not usually permitted to attend man of the shows.

On a personal note, I saw my first Broadway show when I was eight years-old and my school took us on a field trip to see Fiddler on the Roof. The most recent show I saw on Broadway was Wicked. My favorite all-time Broadway Show remain Les Misérables. If you never have been to Broadway, it is an experience I highly recommend.

About the Author: Michael Reist, The Amazing Magi, is a professional magician who lives in Annville, PA with his wife Kathy and his animals. For more information e-mail [email protected] or call (610) 698-0311.