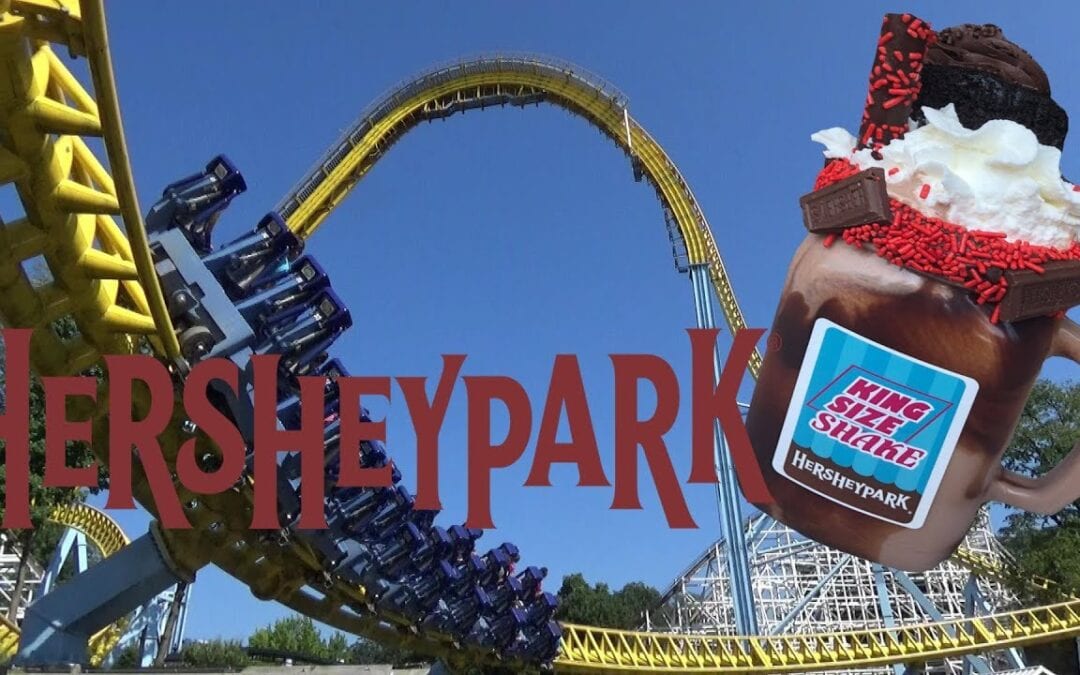 What do you think of when you hear the word Hershey? For most people it is probably candy since Hershey is famous for such items as the Hershey Bar, Reese’s Pieces and more. But for people who live with an hour or two of Hershey, PA the word may also conjure up another image, Hershey Park. Yes, right in downtown Hershey, PA is one of the best amusement parks found in the Northeastern United States, Hershey Park.

It was founded in 1906 by Milton S. Hershey as a leisure resort for his employees and has grown into one of the most famous NE amusement parks. Consisting of 15 Rollercoasters along with many other rides and attractions, over 3 million people visit each year. While Hershey Park and other famous Amusement Parks offer plenty of thrills with various rides, there is so much more available for our entertainment. Most parks such as Hershey feature various shows such as musicals, dramas, magic shows, singing concerts and more. There are many different gift shops, food locales, and other attractions as well. For instance, Hershey Park also has plenty of Water Attractions during the midst of the Summer as well as Zoo America and Chocolate World. These Amusement Parks are just filled with various forms of entertainment for all ages.

While December might be considered a strange time to be writing about a Family Amusement Park, Hershey Park has also become famous for its Christmas Candylane which is open from mid-November through Jan. 3rd. This consists of many Christmas themed attractions, more than 4 million twinkling lights as well as many of the rides. While it may be a bit nippy outside during the visit, a hot steaming cup of hot Hershey’s Chocolate or warm Apple Cider will warm you up quickly.

There is no doubt that during this past year attractions such as Hershey Park endured hardship due to the Covid-19 Pandemic. But if you are a lover of Amusement Parks and live in Pennsylvania you are truly blessed. In addition to Hershey Park here are a list of the other major Amusement Parks found in PA (to qualify each of the names listed must have Amusement Park type rides):
• Dorney Park – Allentown, PA
• Knoebels – Elysburg, PA
• Dutch Wonderland – Lancaster, PA
• DelGrosso’s – Tipton, PA
• Kennywood – West Mifflin, PA
• Sesame Place – Langhorne, PA
• Idlewild and Soakzone – Ligonier, PA
• Lakemont Park – Altoona, PA
• Conneaut Lake Park – Conneaut, PA

So, if you are a lover of Amusement Parks and live in PA or nearby, go out and enjoy. You have a veritable smorgasbord of Parks to choose from.

About the Author:
Michael Reist is a professional magician known as The Amazing Magi who specializes in family entertainment and performs all over the NE United States. For more information you may call him at (610) 698-0311 or e-mail at [email protected]