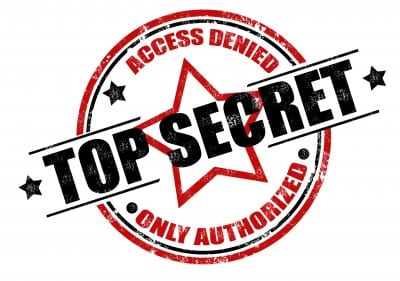 The performing arts encompasses so many different fields.  Music, Film, Stage Acting, Dance, and yes, magic.  Unlike many of the other performing arts, the performing art of magic values secrets.  For instance, a magic trick is created to amuse and mesmerize an audience who comes to the show knowing that all the tricks are not true magic but they s it back and enjoy the show and the mystery.  You generally won’t see a magician exposing magic mainly because telling how a magic trick was done is to kill the thrill and fun in watching them. Magicians wanting to join a group of other magicians are required to give an oath to that effect. Never tell anyone who is not a magician the reason behind a trick and to never show a trick to anyone when you haven’t fully mastered it.

Once you give your oath as a magician, it is expected that you will live up to your promise. If you expose the secret of a trick as a magician, you can face suspension of the Magic Organization of which you are a member.  Note though that you can tell it to somebody who is really willing to learn on how to be a magician. In fact you can see instruction videos and detailed instructions on sale in many shops. This is to help budding magicians into starting their careers or hobbies. Some of the tricks included in these instruction videos are common tricks and very easy to learn.

Magic tricks, once shown how they are done, may be posed with risk of becoming stale. There have been magicians that expose secrets.  The Masked Magician has exposed numerous tricks on TV.  There is constant exposure on the internet.  Exposure can create disappointment. Sometimes it is because one can be disappointed at how easy it actually is or maybe because you found out that the trick requires a lot of props to accomplish.  A magic secret told is a magic secret lost. Secrecy is the key and the magic is in keeping those secrets within you.

Magic is a living art, new illusions are propping up and new ways are introduced. Yes, you will see magicians telling their tricks but true magicians will always find their way around it. They will devise new illusions from old illusions and they will get more creative in how they show those illusions. If anyone reading this article is interested in truly learning magic, you may contact me at [email protected] or [email protected] – Thank you and remember, “Keep the Secret”.

About the Author:  Michael Reist is a professional magician known as The Amazing Magi and performs all over the NE United States. He also is owner and main instructor at Hershey Magic School.  He lives with his wife and all his magical animals in Annville, PA.